Prime Minister Jacinda Ardern will soon be trying to win over the boardrooms but for now she is in her Sandringham house surrounded by the usual paraphernalia of a newborn baby.

A pink flannel sits abandoned on the window sill next to the sofa, boxes on the floor are loaded with blankets, beanies and the accoutrements of breastfeeding.

As Ardern sits down for the interview, her partner Clarke Gayford makes a cup of tea in the background.

Ardern worries a breast pump might be in shot and then peeks in the Frozen bag the Herald has presented which contains hand-made cards and a gift for Neve from readers.

The stories too are the usual newborn ones.

Ardern and Gayford share the load of the night time wake-ups, but Gayford is ahead on nappy changes. He has taken the time-saving step of giving up shaving and now has a luxuriant beard.

His fishing boat does not get quite as much use as it once did.

Asked what caught her by surprise about motherhood, Ardern heads straight to the poo talk. 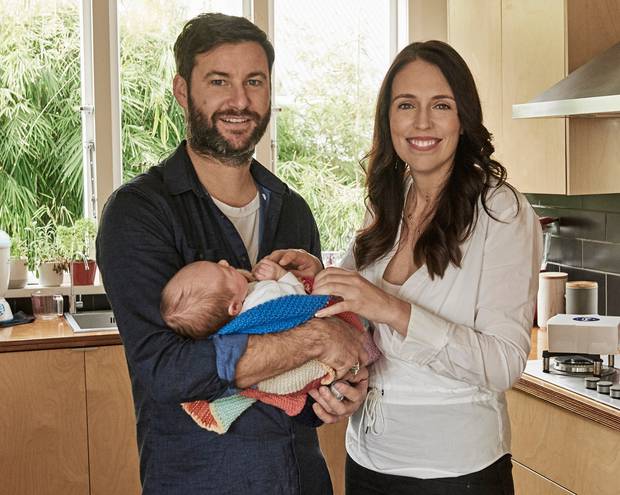 “That a baby can go so long without pooing. There you go. That’s the first thing that came to mind.

I did not expect that. Apparently completely normal as well.”

The messiest incident was the opposite problem.

“The Poonami” is significant enough occasion to warrant pronouncing as if it had capitals.

“It is just as it sounds. Everything coming at once.”

The only response was prolonged laughter and a mop-up.

Life, she says, has been focused on feeding, nappies and sleep.

“That’s day in, day out. The things I have learned about a baby’s digestive system is incredible.”

She now has to add running the country back to that list.

Ardern, Gayford and Neve along with two grandmothers on rotate will go to Wellington to settle into Premier House.

On Monday, Ardern will go back to the 9th floor of the Beehive, which now has a changing table and cot.

Asked about that moment when she has to walk out of the door and leave Neve with Gayford, Ardern says she is used to idea but knows there is a store of guilt ahead of her.

There is guilt behind every door. I am definitely aware of that. We can’t do everything. The best we can do is make the best of it.” 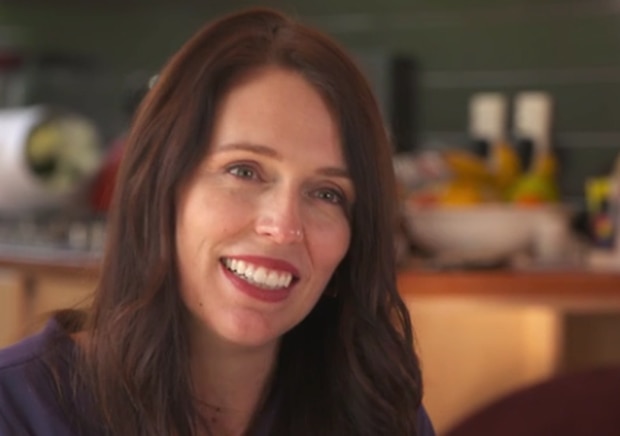 Prime Minister Jacinda Ardern’s immediate priority will be addressing business confidence after an effective six-week pause in terms of the Labour Party branding and direction of the Coalition Government. Photo / NZH Focus

Ardern’s job is more than nine to five and she is also heading back into something of a political poonami.

The teachers are due to strike, the nurses already have and the Government remains at loggerheads with Australia over the deportations policy. The inquiry into the appointment of deputy Police Commissioner Wally Haumaha awaits.

The most worrying item on the to-do list is dealing with the economy – or at least concerns of business.

National has wrought some havoc with slumps in business confidence numbers and warnings of an economic slowdown globally.

Ardern’s immediate priority will be stopping that taking hold – and ensuring the momentum of the Labour side of the Coalition Government picks up again.

However, without Ardern to drive things, there was effectively a six week pause in terms of the Labour Party branding and direction of that Government.

Ardern says she will move into “stage two” of Labour’s plan – and first off the blocks will be addressing business confidence.

“I accept that as leader I need to come out and start giving that certainty and confidence. We are in good shape, but for me perception matters too, so I really want to tackle that.”

In the meantime she has a precious days left with her little bundle. She is wary of Neve’s privacy. No photographs are allowed and instead four photos are provided of the family. Neve’s face is obscured in all.

But as the interview ended, in the background a high-pitched cooing could be heard from the next room.

Ardern says it is Gayford. “He used to talk to Paddles [the cat] like that too.”

Neve has woken up from a nap and is brought out by Gayford for an introduction.

Ardern cradles her and Neve blinks back. Ardern coos to her, “I’m sorry for talking about your poo.”